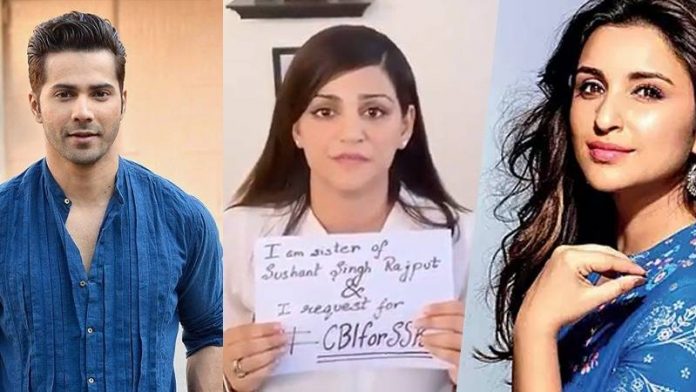 Varun took to his Instagram Stories and wrote: “#CBIforSSR”, with a folded hands emoji.

Parineeti posted: “All that is needed, is the truth. #JusticeforSSR.”

Actor Siddhant Chaturvedi also asked for “#CBIInquiryforSushant”, and so did actress Mouni Roy.

Actor Gulshan Devaiah tweeted: “No hashtags, no finger pointing, no conclusions. I really hope & pray, that the matter around the tragic passing of Sushant Singh Rajput comes to a decisive conclusion. How we “feel” is less important than true, unbiased justice!! Justice for the sake of Justice & nothing else.”

“We stand together as a nation for CBI Enquiry! Demanding an unbiased investigation is our right and we expect nothing but the truth to come out. #CBIForSSR #Warriors4SSR #justiceforSushanthSinghRajput @PMOIndia @narendramodi @AmitShah,” Shweta had said in the video, which she posted on her verified Instagram account and her unverified Twitter handle.

In another post, she was seen holding a placard that reads: “I am sister of Sushant Singh Rajput and I request for #CBIforSSR.”

She had captioned the image as: “It’s time we find the truth and get justice. Please help our family and the whole world to know what the truth is and find closure, otherwise we will never be able to live a peaceful life!!#CBIForSSR Raise your voice and demand #JusticeForSushantSinghRajput #WarriorsForSSR @sushantsinghrajput.”

Actresses Ankita Lokhande and Kriti Sanon also lent their support to the family.

Sushant was found dead in his Bandra apartment in Mumbai on June 14. His family has lodged an FIR accusing his girlfriend, actress Rhea Chakraborty, and her family with abetment to suicide among other charges. 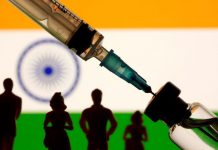 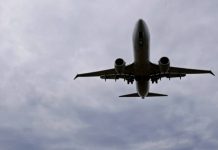 Water isn’t the best drink to stay hydrated, here’s why 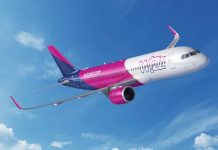 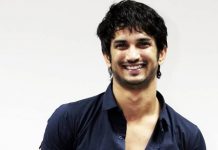 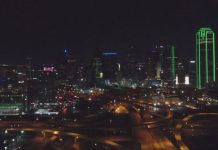 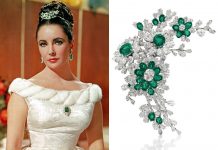